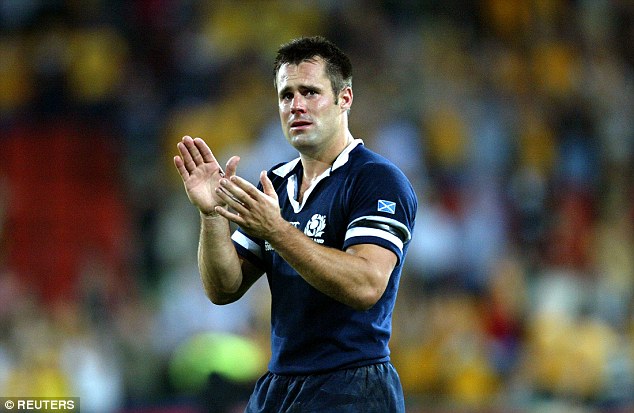 The star, who has 70 caps for Scotland, was just 19 when he was picked for the international squad. But his career was nearly scuppered by his condition, which saw him unable to read or write until his mid 30s.

Kenny, who spoke out on podcast The Contact Book with Craig Doyle, said: “I used to get to the team room early, if there was a flip chart up, I’d think ‘How am I going to get away with this?’.

“I once sat in the toilet for 10 minutes because I knew if I was late I wouldn’t be asked to write anything down. I came in and Jim Telfer gave me a bit of a bollocking.

“I remember Ian McGeechan and Jim saying ‘He’s late again, he needs to be on time, I don’t know if he cares enough’.

“Deep down in my heart I thought, ‘God, if he knew how much I cared about this’, I was there 10 minutes before everyone else but I wasn’t brave enough to tell them.”

Kenny, 48, struggled at school, was written off as a ‘daft farmer’s lad’ and even overheard a teacher calling him stupid.

He said: “Even talking about it now my stomach tends to tighten a little bit and that horrible feeling as an eight, nine-year-old child, feeling really vulnerable and insecure and scared of what people are going to say about you.”

While he struggled with the academic side of school, Kenny excelled in PE and got his first rugby cap for Scotland at just 19. But his dyslexia was still holding him back and even impacted a chance to play for the Lions. Speaking about a call-up to try for the British side, he said: “There were about 45 of us in Birmingham and you had to go fill all the forms in. I went to the toilet, I didn’t fill any forms in — I couldn’t fill it in.

“I remember them counting all the forms, they would only have had 44. I remember driving away, I never told anyone, I just put the form in the bin and walked away. It was stupid really — I wish I was braver.”

His condition even impacted his marriage and family life. In the first text he sent to now wife, TV presenter Gabby, he accidentally called her sweatheat instead of sweetheart. But despite being too ashamed to reveal his battle, she soon found him out. Gabby, who also dropped into the podcast, said: “After a couple of months of dating the Mirror had written an article about me — I didn’t love it. I said, ‘What do you think of this?’

“I thought, he’s the world’s quickest reader, because his eyes darted everywhere, he was taking in words from every corner of the page. And he said ‘Yeah, it’s… are you happy?’. I just looked at him and said, ‘Are you dyslexic?’.

“He looked like I’d accused him of a mortal sin or a heroin habit. He went ashen, and looked like he’d been discovered. He said, ‘Yes, are you going to finish with me?’. I couldn’t believe he thought that would be a deal-breaker.”

Kenny, who took a physical literacy course to help his dyslexia, even struggled to read stories to his kids, sticking with the one book he could get through at bedtime and was overcome when son Reuben was able to read to him.

He said: “When Reuben started to read to me I just cried out, I was crying because I just didn’t want him or my daughter Lois to miss that part of your life.” Now he has used his experiences to help other kids, including mentoring a young teen who now has a place at Oxford University.

Gabby said: “One of the great joys for Kenny was seeing how much our kids enjoy going to school — he couldn’t get his head round the joy they have running into school, even though our son has mild dyslexia, he’s getting through school and doing well, having a crack at GCSEs and everything Kenny didn’t have a chance to.” 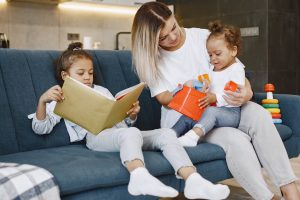